Sergiy Tatusiak: Deputies of the Verkhovnaya Rada need to learn at their colleagues from local councils.

– What was last year 2012 for the Vinnitsa regional council?

– 2012 was extremely rich with im­portant and pre-configuring events. I.e. everything what was happening in the region politically and economically, di­rectly or indirectly influenced live of all Vinnitsa region residents. And I'm sure that it will influence on the region's de­velopment in future.

On the 2nd of February Vinnitsa re­gion and Moldova Republic officially consolidated agreement about creation of the Euroregion «Dniester». The agreement on our side was signed by me and the former chairman of state regional administration Nikolay Jiga, and on the side of Moldova - by the heads of six regional councils.

In April together with Poles we start­ed realization of mutual grant project called «Creation and beginning of ac­tivity of Vinnitsa regional association of local self-government». The project took place owing to the program «Po­lish assistance to development-2012» of the Ministry of foreign affairs of Pol­ish Republic. And the executing part­ners have become Vinnitsa department of International social organization «Ukraine-Poland-Germany», Wielkopolski Center of education and courses of self-government (Poznan, Poland), and Vinnitsa regional council.

– Each of these events is the achieve­ment of today. What's next?

– Dniester» Euroregion isn't a one­time action but the economic project. With its help we introduce Europe­an values and standards into live of Ukrainian and Moldavian people. We developed and submitted several in­frastructure projects to the European Union's organizations. Simultaneously we will develop other directions. This is international collaboration both inside Ukraine and abroad. We have acting agreements with Mazowieckie, Lodzkie and Swietokrzyskie voivodships of Poland, Sverdlov region of the Russian Federation, and Romanian-Moldavian Euroregion «Siret-Prut-Nistru».

We are active also in the local self-government. We will advance the interests of territorial communities before the central authority. Vinnitsa region is ready to start reform's reali­zation in the capacity of a pilot region.

– To June the president charged the government with completion of for­mulation of the Regional develop­ment state strategy for the period to 2020. Probably you will intently watch this process as it was Vinnitsa region that started this work first?

– From June 2011 we have been form­ing strategic development plan for each populated place - from the smallest village to the whole region. We have already reached the final stage: 80% of territorial communities approved their development strategies to 2020 at the local councils' sessions.

– Were there any troubles?

– Total lack of information, ignorance of political and social realities, and unwillingness to know something and do something - these are far from all negative factors, which we faced in territorial communities with. But our specialists, public figures, and deputies during a year and a half have been vi­siting each village, city, and region and conducting educational activity. Large part of skeptics became our allies and activists.

Together with working in the re­gion we represented our initiatives in the government, the parliament, all-Ukrainian and international social or­ganizations. As a result, on the 25th of December 2012 the Council of regions adopted resolution about formulation of regions development strategies on the state level to 2020. President Victor Yanukovich also gave correspondent commissions to the Cabinet of Minis­ters and regional administration. I'm sure that finally among all regional strategies the Vinnitsa document will be the most realistic and effective because it was formed bottom-up - from territorial community to the regional level.

– Does the economic situation in Vin­nitsa region allow realizing Strate-gy-2020 and the project scheduled in its network?

– Economy of region depends on the county's economy in general. It is im­possible to provide life activity of region exceptionability by local budget resources. We followed the way of at­tracting off-budget resources to the region. These are domestic and inter­national donor-funds, the governmen­tal programs of other states. For example, last week the government of Japan granted for financial assistance about 2 million dollars to Trostyanec and Ka-zatin regional hospitals to purchase medical equipment in the network of grant assistance to the project of hu­man security «Kusanone». The region has got this possibility due to collabo­ration of Vinnitsa regional committee of youth organizations and Interna­tional non-governmental organization «Regional center for crossborder cooperation Euroregion «Dniester».

And we make a big stake on «Dni­ester» right now. We're using Eurore­gion format as a mechanism of the region's socio-economic development consolidation. For instance, only with the help of the Euroregion last year we managed to raise the problems of ecology of Dniester and intersection of Ukrainian-Moldovian border before the European Union and to receive con­structive endorsement for development of our projects.

– What projects do you mean?

– This is such scaled infrastructure directions like building of automobile and railway bridge «Yampol-Cosauti» (cost is 8 mln euro), modernization of treatment facilities in settlements on Dniester bank (5 mln euro), and build­ing of driveways to checkpoint «Bronnitsa-Unguri» (3 mln euro). Besides about twenty projects today are in ope­ration, and several micro-projects in the sphere of culture, education, and medicine are currently being realized.

Last year we attracted 1,5 million hryvnas to the region this way. In ge­neral the grant activity via social or­ganizations brought Vinnitsa region about 5 million hryvnas.

– Is this the uniqueness of Vinnitsa region?

– And not only this. (Smiling). We are called the pioneers in much what we do. For instance, after commencement in 2011 of the Ukrainian Law «About principles of prevention and opposi­tion to corruption» Vinnitsa region was first that approved its regional an­ti-corruption programme. Social orga­nizations presented it in other regions, in the National academy of public ma­nagement at the president of Ukraine. The same organizations developed and now introduce measures foreseen by the programme. They are: «Laboratory of social expertise», «Anti-corruption portal of Vinnitsa region» and others.

– This is the question of my life. Not as the chairman of a council, the dep­uty, and pubic figure but as a citizen. Because power reform and decentral­ization we are talking about concern each sphere of a human vital activity without exception and regulate his relations with the state. In Ukraine the problem of reformation of region­al authority and local government has been maturing for 20 years. Unfortu­nately, all these years the question of decentralization hasn't been seriously brought up. That's why the laws con­cerning activity of local government bodies are far from perfection.

Moreover, in Ukraine a number of requirements and principles of the European Charter of local government isn't fulfilled. There are problems in the current Ukrainian Constitution, which consolidates high status of local government, authorize self-governing bodies, but in practice there is no pos­sibility to realize them. They still aren't succeeded to decentralize budget sys­tem and realize the principle of bud­get formation «bottom-up» declared in the Budget code of Ukraine. The right of community to manage communal property unfortunately also remains legally unsecured as there is no corre­spondent law. As a result the territori­al communities and their autonomous bodies remain face to face with their problems.

– What was the reaction from center?

– Not like we wished it to be, but there is progress on the level of Adminis­tration of the President and profile committee of the Verkhovnaya Rada. By the way, on the 5th of February at the meeting with the speaker Vladi­mir Rybak I repeatedly uttered our re­quirements before the new Parliament members. In the name of the regional council and local government congress I've called people's deputies to termi­nate formation of an effective legal field in the sphere of regional and local self-government by means of adoption of new and improvement of the cur­rent legislative acts. These are laws of Ukraine «About local government in Ukraine», «About foundations of re­gional policy», «About state strategic planning», «About communal proper­ty» and others.

– Under current complexities in the parliament when it is more blocked then works probably this won't eas­ily happen...

– The deputies of the Verkhovnaya Rada have to learn at their colleagues from local councils. When a question important for the region's live activ­ity is raised in the Vinnitsa regional council, political ambitions go to the background. But indeed I hope for con­sciousness of our parliamentarians and their responsibility for preelection promises. As many of them had dec­larations about administrative reform and reform of the regions' authority in their programs. And promises should be redeemed. 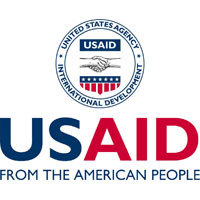 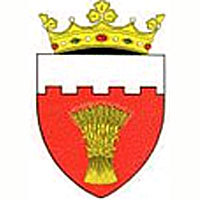 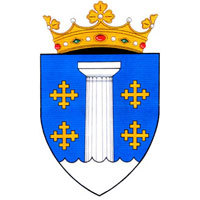 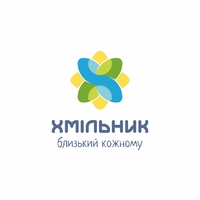